Persistent unemployment is taking a bite out of the Big Apple’s post-pandemic recovery — with businesses that cater to white-collar employees suffering as many offices remain largely empty.

The latest statistics from the state Labor Department put the city’s seasonally adjusted unemployment rate at 7.6%, the worst of any New York metro area and nearly double the national average of 4%.In  Los Angeles, the nation’s second-largest city,  the comparable January rate was  7% and in Chicago, the third-largest, it was an even lower 5.1%.

“New York has had a tougher time getting people back to the office,” Wells Fargo senior economist Mark Vitner said Tuesday.

“With folks not coming back to the office, all the office-adjacent employers have been slow to recover.”

Vitner blamed “concerns about public safety,” fueled in part by a recent string of terrifying crimes in the subways.

Serious crimes are up more than 45% this year, compared to the same period in 2021, according to the NYPD’s latest CompStat figures.

Charles Myers, chairman and founder of the business consulting firm Signum Global Advisors, also said that many local white-collar jobs were going unfilled even though “everyone is hiring in New York City.”

“Short- to medium-term, crime is an issue if prospective hires see New York as unsafe,” he said.

“But a bigger factor about moving to and living in New York is the cost of rent.”

Subway ridership across the city is currently still only 60 percent of pre-pandemic levels, the latest MTA data shows.

Workers still aren’t returning in droves to their big Midtown and Financial District offices — even after the huge decline in Omicron-fueled cases resulted in COVID mandates being dropped.

Only 16 percent of major NYC employers said average daily attendance in their Manhattan offices was at more than 50 percent, according to the latest survey by The Partnership for New York City business group.

About 75 percent of employers delayed their return-to-office plans due to the Omicron surge and 22 percent can’t yet predict when offices will be even half-full again, the poll taken in January showed.

The slow return to pre-pandemic levels is continuing to have a negative impact on surrounding businesses — mostly the hospitality and entertainment industries.

“In addition, all kinds of enterprises are reliant on the model of packing a lot of people into small spaces. With many employees dividing their time between working from home and from office, those reliant or accustomed to a steadier stream of business aren’t at full capacity and wonder whether they ever will be again.”

Mayor Eric Adams has repeatedly urged New Yorkers to return to the office, arguing that the work-from-home situation is hurting those service-oriented businesses that rely on a steady stream of customers.

Hizzoner insisted just last month he was tired of hearing excuses about the pandemic, saying: “New Yorkers, it’s time to get back to work. You can’t tell me you’re afraid of COVID on Monday and I see you in a nightclub on Sunday.”

Adams, who vowed to tackle the struggling economy during his campaign, unveiled his economic recovery plan earlier this month that aims to boost tourism and bring back the roughly 400,000 jobs the Big Apple lost in the last two years.

“This is more than just a to-do list; this is about moving us in the right direction,” Adams said of his plan.

“It’s time to recover and move towards restarting our economy from business to Broadway … It’s time we get our city back to a pre-pandemic employment place, especially in the hard-hit areas like tourism, hospitality and the creative economy.”

But city residents pushed back on Tuesday, with one finance worker telling The Post, “I don’t want to get murdered or thrown into a subway so I can return to the office.”

“The city isn’t safe and it’s a serious problem,” said the Noho resident, who works from his one-bedroom apartment when he’s not traveling for business.

Another Lower Manhattan resident said the wholesale business she works for “ended up closing my office in Midtown because no one wanted to go back in.”

“People just got used to doing their jobs at home and being with their families,” she said.

“Also, it’s so gross and seedy in Midtown, who wants to commute five days a week? I don’t.” 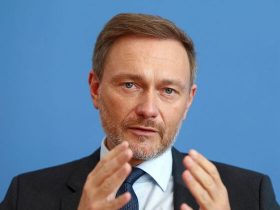 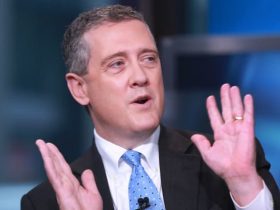