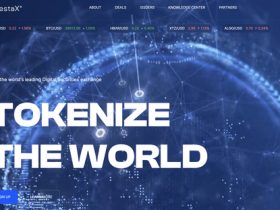 Mubadala, the sovereign wealth fund, is to inject hundreds of millions of pounds more into one of the UK’s largest alternative networks as it plots an expansion to eight million homes, Sky News learns.

Sky News has learnt that Mubadala Investment Company, one of the Gulf’s biggest sovereign wealth funds, has agreed to inject the sum into the London-headquartered company.

An announcement about the new capital injection, which will help accelerate the rollout of CityFibre’s full-fibre lines across the UK, could come as early as Monday, according to one insider.

It will take the total amount of equity raised by CityFibre in the last six months to more than £1.4bn, in what is understood to be Britain’s largest ever capital-raising for broadband infrastructure.

Mubadala, which is acquiring the shares through its digital infrastructure investments team, made an initial commitment of £500m as part of a broader capital-raising last September.

The earlier deal also included participation from Interogo Holding, the investment arm of the group which owns the IKEA retail franchise.

Industry sources said the latest investment in CityFibre represented a vote of confidence in the company’s strategy and management at a time of fierce competition for capital in the sector.

They added that the new funding would enable the company’s participation in the ‘Project Gigabit’ rural programme being overseen by Building Digital UK.

CityFibre has also been engaged in talks in recent weeks about a separate refinancing of its debt.

The company, which includes an arm of the Wall Street giant Goldman Sachs among its other shareholders, is the largest of the alternative network providers vying to swallow a large share of the crucial market for telecoms infrastructure across the country.

It has embarked on a £4bn programme of investment targeting the provision of superfast broadband to eight million homes by 2025.

CityFibre is now engaged in work spanning 285 cities, towns and villages throughout Britain, and has already rolled its service out to 1.5 million homes.

The company says that once completed, its network will also serve approximately 800,000 businesses, 400,000 public sector sites and 250,000 5G access points.

It has agreements with Vodafone, TalkTalk, Zen and a growing number of other internet services providers across the country to sell services over its networks.

BT’s Openreach division – which operates at arm’s length from the former state monopoly – and Virgin Media are the two biggest players in the industry.

They, and dozens of smaller providers, are racing to replace slower copper lines with full-fibre networks capable of delivering data and content at much greater speeds.

Nevertheless, there are growing concerns among industry observers that the smaller players will struggle to gain sufficient scale to compete, with expectations that many of them will need to merge or find a buyer.

Last week, Boris Johnson visited Abu Dhabi as part of a trip to the Middle East focused on UK energy security but where he also hailed “the longstanding partnership” between the UK and United Arab Emirates.

CityFibre is run by Greg Mesch, its chief executive, and chaired by Steve Holliday, the former National Grid boss.

It has outlined plans to create 11,000 jobs over the next three years to deliver its expansion plans. 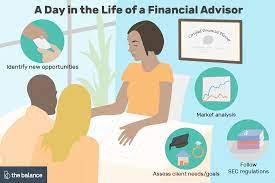 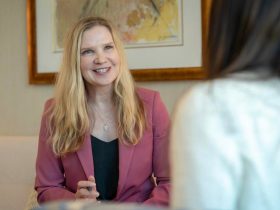 Icon: From Physicist To Impact Officer At A $44 Billion Investment Firm 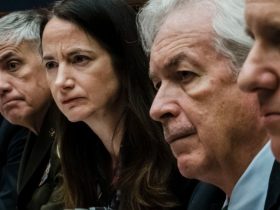