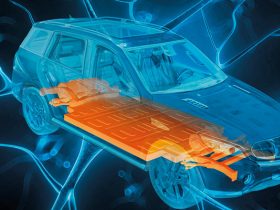 The Future of the Auto Industry

A Wi-Fi router is a vital part of everyone’s home internet setup. What exactly does a router do? In simple words, a router is solely responsible for transporting the radio signals that will allow your tablet, smartphone, smart TV, and laptop to have internet access without cables or wires.

Here’s why you’re here today: you want to know if a router can affect your internet speeds? Yes, it’s in fact true that routers have an effect on your internet speed. Simply because it not only manages but also processes all data from a home network.

Therefore, a good router makes the most out of your internet speed, whereas a slow router has the ability to bog it down. Kind of a bummer right? Your internet will only be as fast as the most lagging part of your network.

That is why, if your Wi-Fi router isn’t able to handle the internet speed, it will then function as a chokepoint for the entire home network. If this is the case for you, you have to replace the router as soon as possible.

If not, you’ll only be paying for an internet bandwidth that you’re barely even getting at your end. So, is your router affecting your internet speed? Let’s take a look at how you can go about finding it out.

How Can You Tell If Your Internet Speed is Slow?

The easiest and reliable way to find out if your internet speed has slowed down is by conducting an independent speed test. It may sound complicated but is in fact very simple, and only takes a couple of minutes.

You can also choose to perform the speed test at particular times of the day, such as after work, peak hours, as the internet speed during these hours will generally be slower as compared to off-peak hours.

This is also a great way of troubleshooting and finding out if it is in fact the router that causes your internet speed to drop.

Does Your Router Affect Internet Speed?

Now, if you’re wondering just how does a Wi-Fi router affect your internet speed, there are a number of various things to look at first. First and foremost, if you bought your router in the past 1-2 years, it’s highly unlikely that the device is to be blamed for a slow internet speed.

That being said, it’s still important to be certain that the router has the very latest firmware installed in it, as this can eventually impact how well will the router work. Even if there’s no such problem with the router itself, it can still affect the internet speed by benign placed too far from the devices that need to have an access to it.

You might also be stretching the router a little too thin. Larger spaces often require Wi-Fi extenders or additional routers to make sure each and every person in the household has a stable internet network.

However, despite all of it, there may also be issues with the router itself, hence resulting in a slow internet speed. An older internet router might not be designed to handle a newly upgrade internet speed plan, especially if it’s been traded up for gigabit or fiber internet.

It might also be that the router needs to be repaired, or even replaced. FirstEnergy has several routers, some may even complement your home. Certain aspects such as the antenna are likely to require a replacement to boost your internet speed.

Tips To Increase Your Internet Speed

Here are some ways that may improve the performance of your router.

This may seem a little too obvious, but just turning the router off and back on again may be the trick in helping to get back the inter speed the way it once used to be. Simply unplug it for half a minute, before turning it back on.

Play Your Router at a Different Location

If your router is a little too far from the devices, or if the antenna is being pointed in the wrong direction, you may not be able to fully benefit from your internet speed. The best location for the router ultimately depends on your house layout.

It’s best to place the router in a higher open area, as it’ll allow your devices to get better internet signals.

Invest in a Wi-Fi extender

As mentioned earlier, if you’re living in a larger area, the router might be struggling to pass on signals. A Wi-Fi extender is a device that extends the range of a router and further shortens the distance between the nearest access point and your device.

So to answer your question once again, can a router affect your internet speed, yes it can. However, there are also some things you can do to help make your internet speed better. We hope you try these tips and let us know if they in fact work for you!

Free vs. Fast: Where Do You Stand With Delivery?