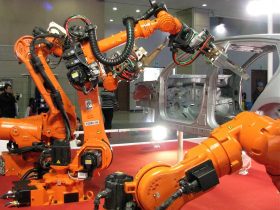 Influencer marketing is a fast-growing industry. More and more companies are using it to connect with people on social media, gain new followers, increase brand awareness, or even drive sales.

If you haven’t yet tried this strategy, now’s the time! No matter your brand, there will be an influencer that can connect you to your target audience. You just need to know how to go about finding and working with them.

So, whether or not you have participated in influencer marketing before, here are 5 tips to help you make this strategy work for you.

1.  Before you begin, determine your goals, target audience, and campaign budget

The main element of any campaign is its objective. Every campaign has an end goal, and this should influence all decisions made throughout the campaign. After all, without a clear goal, what’s the point of even launching a campaign?

Understanding your target market is equally important. Who are they? This is where you can start to think about different demographics, such as gender, age, place, and language. If you haven’t ever done research into who your target audience is, take a step back and do this before continuing with your influencer campaign.

Next, make sure you have a budget in place before you start to think about finding influencers. How much do you have to spend on your marketing campaign? How much of that is allocated for tools, and how much for incentives for influencers?

The amount of incentive you can afford to pay directly affects which influencers you should look into working with.

2.  Learn about the different types of influencers

We can organize influencers according to location, category, or style. Follower count is another way to break down influencers, and this can help us determine which are best suited for our campaign budget.

We tend to break influencers into five tiers:

*A key opinion leader, or KOL, isn’t bound to any follower range because their influence extends past social networks. They are like “super-influencers,” who have other platforms for voicing their opinions. Think of Elon Musk, Rihanna, or in marketing, Rand Fishkin. These people are KOLs, and their opinions can affect the opinions of the masses.

So, now that you understand the different influencer tier, think back to how much you can afford to pay influencers. If you have a tight budget, stick with nano and micro influencers, who will sometimes agree to collaborate in the exchange for only free products.

If money isn’t such an issue, work your way up the tiers. From medium influencers on, expect to usually pay fees in exchange for influencers’ content creation services. Generally, the more followers, the higher the price. KOLs may ask for fees or may ask for some other type of incentive to partner with your brand. Oprah, for example, often recommends a product and then gifts it to everyone in her live audience.

3.  Engagement is important, but know how it works

Why is this important more than simply looking at the number of followers? Well, a large audience is good if you simply want to reach as many people as possible. But if your goal is to get people genuinely interested in your brand, it’s better to have a reduced audience of people who have proven to trust an influencer’s content.

4.  Don’t assume that your collaboration requires a contract

A collaboration contract may seem like a given. After all, you’re exchanging services for compensation. But, contracts are not always necessary. In fact, contracts may deter some less-experienced influencers from working with you, as they may feel intimidated by a lot of paperwork.

Whether or not you need a contract basically comes down to the type and value of incentive. Let’s look at when you should use a contract and when it’s not necessary.

A contract is usually not required if the influencer is being paid solely with free products. The exception is when the product is very expensive, like a new car, an exotic vacation around the globe, or fine jewelry. If the product has high value, put it in a contract. If not, don’t worry about it; firm up the collaboration details in an email and move on with the campaign.

On the other hand, when you are paying influencers fees, you’ll generally want a contract. Or, certain brands may require contracts for administrative purposes. If you don’t know exactly how to create one, you can download an influencer contract template and modify it to fit your agreement.

It can be tempting to attempt to try to control all aspects of your campaign, including influencer content. It’s natural that you worry about if the content they create is going to meet your standards.

But don’t allow these worries to lead to you micromanaging influencers’ content creation process. It’s better for them to have creative freedom so they produce the most authentic content possible.

After all, they are the ones who have grown their audiences. They know how to attract followers and retain them. Therefore, let them choose how to communicate your brand’s message to their audience.

That said, it’s totally fine to set out publication guidelines. You may ask influencers to include discount codes, mentions, or hashtags in their content. And you might want to explain to them what products you would like to highlight, or what you’d like to emphasize about a certain product. Just make sure you do all of this during negotiations so there’s no confusion later on once you’ve launched the campaign.

These five tips hopefully helped you have a better idea of how to handle the various stages of an influential marketing campaign. Remember to stay true to your brand’s mission, goals, and values throughout your campaign. 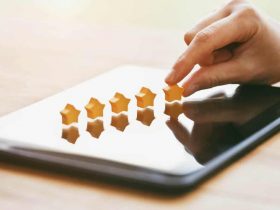